We are immensely grateful to all our guests who either write features, contribute to the Thursday Soapbox and/or review books for us. Their details and websites are linked under their pieces but we have also created this page of information for regular guests.

Edward’s career spans over 50 years but he is probably best known as Newman Noggs in the ground-breaking Royal Shakespeare Company production of The Life and Times of Nicholas Nickleby; as co-founder of the Actors’ Company with Sir Ian McKellen, and as Dorothy L Sayers’ aristocratic detective Lord Peter Wimsey in the BBC’s 1987 dramatizations of Strange Poison, Have his Carcase and Gaudy Night.

More recently, on stage,  he has enjoyed successful runs  in The Woman in White, Chitty Chitty Bang Bang,  Michael Frayn’s Donkey’s Years and Alan Bennett’s Office Suite, (opposite Paricia Routledge).  He has also written and performed in plays and sketches of his own devising – and took Slapdash and Pillar Talk to the Edinburgh Fringe in 2005.   He’s a familiar face on televsion,  guest starring in 2008 as Lord Holm in the ever-popular Midsomer Murders in the episode  ‘Death in a Chocolate Box’.  In 2009, he was seen as Aesculapius in Sonke Wortmann’s   Pope Joan and has most  recently appeared in productions of Artist Descending a Staircase, The Fantasticks, Antigone and The Importance of Being Earnest.

Edward was the second of our ‘In Conversation with’ interviewees, and subsequently returned with – among other contributions – an extract (‘Not as Dorothy would have liked it’) from his forthcoming autobiography,  Slim Chances and Unscheduled Appearances, several poems and an extract from his rehearsal diary for ‘Artist Descending’.   (A full list is given below).

His memoirs – Slim Cnaces and Unscheduled Appearances were published in 2011, and selected extracts from it (along with some additions and afterthoughts!) are now available in audiobook form, read – of course – by Edward himself.

In 2013,  Edward reunites with his clown co-star from The Fantasticks – Paul Hunter – for My Perfect Mind … an exploration of Shakespeare’s King Lear.

In Conversation with Edward Petherbridge.

Not as Dorothy Would Have Liked It.

So Much for Buckingham

Murder at The Old Red Lion

How Was it For You? (As a contributor)

Audrey loves reading and writing, both in English and in French – her native tongue. She is currently doing a Masters Degree in Communications – she’d love to work in theatre management. In the meantime, she writes many theatre, film and book reviews on many blogs and websites. She also enjoys writing short stories – but wishes she had more time to do so!
.

Other hobbies of hers are travelling – she loves the UK, and Scotland most of all, watching TV series, listening to music and going to gigs, as well as eating chocolate, carrot cake and apple pie!
.
She has many books that she loves, but as she’s read Gone With The Wind and Rebecca many, many times, you could say that  these two novels are her favourite!
.
Audrey also reviews on the theatre/arts website Artistikrezo and writes as ‘Lib’ on Culture’s Pub.

Review:  When Will There be Good News?

Caroline Rance is a writer whose debut novel, Kill-Grief, will be released by Picnic Publishing in April 2009. A keen amateur medical historian, she runs The Quack Doctor blog about strange historical remedies.

Caroline’s post on unsympathetic heroines can be read here and she is presently reviewing several non-fiction works on medical history for the site. She writes for the website Strictly Writing.

Sam says: “I have been writing seriously since just after my youngest started school four years ago, and in that time the written word has become something of an obsession, the house has grown accustomed to dust and my typing speed has increased ten-fold. I have learnt the best way to rid the keyboard of biscuit crumbs (obvious, but turn it upside down) and discovered that writer’s waist (or lack of) is an unavoidable pitfall of the job. My first novel was set in Paris and drew on my personal experiences there whilst studying for my joint honours degree in French/German. My current novel is set in Ancient Egypt and is much more a product of my imagination. It is historical chick lit. Well, a time-slip women’s story, really. In fact, between you and me, let’s call it light, non-contemporary commercial fiction… Most importantly, and if it fulfills all my dreams, it is an amusing, engaging story of love and betrayal, of Tutankhamun and tomb-robbing, of festivals of drunkenness. I shall be submitting ‘Lunch Date with a Tomb Robber’ in 2009.”

Sam’s Review of The Secret Life of Sisters

Dr. Michael Ng, ‘Roman Mike’ to his friends, is a part-time employed Roman historian. He wrote his PhD thesis on the Urban cohorts (try not to get him started on it as he will never stop). If you hire him, he will praise or vilify in 50 years for food today.

Alex lives in Norwich with his wife and children. He teaches and studies at the University of East Anglia’s Literature and Creative Writing department. His first novel Grace was published in January 2009. He is currently editing his second novel Schreber in Dösen which fictionalises the final years of Freud’s famous case study Daniel Paul Schreber.

You can find out more at www.alexpheby.co.uk 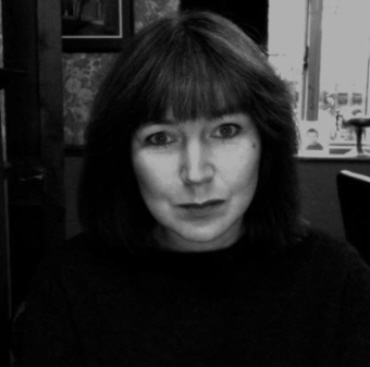 Kate is the author of The Bad Mother’s Handbook, Swallowing Grandma, Queen Mum, and The Daughter Game which is coming out in March 2008 (all Picador). Her website is www.katelong.co.uk.

Review of  The Great North Road by Annabel Dore

Review of The Story of You by Julie Myerson

Jenn Ashworth is particularly fond of writing about herself in third person, as it makes the lies seem a little bit less like lying and a little bit more like a story.

During the day she is a Prison Librarian with a passion for user-centered service and reader development. In the evening she dons her lucky brown cardigan and becomes a misanthropic book-snob. You can find out more here: www.jennashworth.co.uk, read her blog here: jennashworth.blogspot.com or pretend to be her friend here: www.facebook.com

Review of Ask the Dust by John Fante

Review of Nail and other stories by Laura Hird

Emma is a novelist and occasional short story writer who keeps finding herself writing historical fiction. Certainly most of the books which meant so much that they re-wired her brain a little were and are that kind of thing: Peter Ackroyd, Rose Tremain, Barry Unsworth, Penelope Lively’s Moon Tiger and Penelope Farmer’s Charlotte Sometimes. She also has a tangential taste for John LeCarré and, at another tangent, for mid-20th century novelists such as Elizabeth Bowen and E. H. Young, as well as their bestseller cousins Georgette Heyer and Dorothy L. Sayers.

Emma’s first novel The Mathematics of Love was published in 2006 by Headline Review and William Morrow, and was shortlisted for the Commonwealth Writers and Goss first novel awards. She has an MPhil in Writing from the University of Glamorgan. Her current novel is almost signed off, but the new one is on hold while she finishes off her PhD in Creative Writing and does a bit of teaching at Goldsmiths’ College in London.

Emma’s just taken to blogging herself about writing and reading, launching This Itch of Writing in August 2007. Her shiny book-trade face, on the other hand, is on her website at www.emmadarwin.com

Trilby Kent was born in Toronto but grew up all over the map thanks to her peripatetic journalist parents. After completing degrees from Oxford and the LSE, she spent a year working at a London auction house – but soon gave it up to become a freelance journalist and writer.

She got her first ’scoop’ as deputy editor of Oxford University’s student newspaper, The Cherwell: an interview with Conrad Black. Since then, she has written essays, interviews, reviews and investigative reports for the Canadian national press, a range of literary magazines and news publications in Europe and the U.S. Her short stories have appeared in Mslexia, Litro and The African American Review.

Almost a year since receiving a 1910 Sigwalt letterpress, she has yet to decide where the gauge pins go.

Ariadne has an MA in children’s literature (Roehampton) and an MA with distinction in writing (Warwick). She writes for children and occasionally also for adults. Her first children’s book was published in 2008, and her third will be published in June 2009.

She reads mainly children’s and YA ficton, and less adult fiction and poetry than she would like to. She is also trying to educate herself by reading non-fiction on a variety of subjects (at the moment she is trying to understand the physics of time travel). A list of favourite authors might include: Alan Garner, Cormac McCarthy, Tove Jansson, T S Eliot, and of course all the great children’s writers she grew up reading.