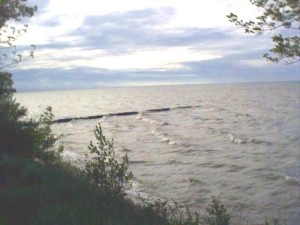 Motherland by Alix Christie
review by Jackie
It’s April 2004 and Petra’s grandmother asks her to take them both to a place where she worked as a young girl at the end of WW2. That place happened to be a concentration camp, where the grandmother was an overseer.
This has been the family secret that Petra and her mother, Bridgit have avoided talking about, especially to others. Petra is appalled and ashamed and cannot reconcile the image of the grandmother she loves being a part of her country’s horrific past. Having read the author’s novel Gutenberg’s Apprentice, I knew how well she can set an atmosphere and she did not disappoint here. It’s a cliche to say that an author has gotten into her character’s heads, but sometimes it’s really true, as in this novella. The reader squirms as we experience Petra’s dread and conflicts, especially at the beginning of the story.
At the start of the journey, which all three generations take part in, they travel by train to Berlin, which Petra sees as “… still raw, disfigured , honest…”. It feels like winter to the reader, cold and stark, even though it’s spring. Then Petra and her grandmother travel the rest of the way by car, to the place where the grandmother claims “…for me, the time at Ravensbruck was the most beautiful time…” The camp, having also been used by the Soviets and East Germans for their own nefarious purposes, is now a memorial, with surviving buildings and poignant sculptures. What happens during their visit is unexpected in a number of ways and the reader is left somewhat poleaxed by the whole story.
The only complaint I have is the mention of Demjanjuk, (the prison guard of another camp who was extradited back to Germany to stand trial), who is said to have come from Chicago, when he really lived here in Cleveland. A small flaw in an otherwise memorable book.
Some people might say this is a story of redemption or the relationship of three generations of strong women dealing with unusual circumstances. I saw it as a family mirroring a nation’s crimes and how they come to terms with it. While Germany is unique in some ways regarding that, any country which has a history involving colonization or genocide against native populations are not blameless, either. I had long wondered how modern Germans dealt with the actions of previous generations and this novella went some ways in answering some of those questions.
As I said, this is a memorable story with a powerful impact and many layers. It’s quite remarkable at all that happens in 68 pages and shows great skill in a newer author. I’m looking forward to what she does next.

Mistakes By The Lake, by Brian Petkash
Review by Hilary
Two things intrigued me about this novella and made me want to read it: the setting is Cleveland, Ohio, the home of one of my fellow-bookfoxes, which made me curious; and it is a reworking of Shakespeare’s Henry IV pt I, a favourite play. Brian Petkash is a native of Cleveland; he brings a deep love and a clear eye to the fallen glory of the city. The choice of source is a great one for a narrative of the potential to turn around a damaged life.

Set in the Cleveland stockyards, a spectral reminder of its former days bustling with the sort of work best hidden from view, Mistakes By The Lake deals with the adventures of teenager Hal Boland. Hal’s father (‘The Donor’) aspired to be King of the Yards, but has fallen from grace by failed careers in baseball and local politics and a family tragedy that has left him in prison and Hal’s sister dead. Hal, when not working in a seedy pizzeria, kicks around with Packy, G, and the shambolic older ex-teacher Fal, making a sorry mess of a life of crime and dreaming of a better way of life to support his mother and his transgender Gramps.

A big question for me as a reader was what to do with the knowledge that this is a 21st century Henry IV/I. I love the play, and I come back to it again and again for the unique tension between the recantation by Hal of his dissolute ways and the consequent tragedy of Falstaff, rejected by his friend. Knowing the play, and knowing that this is the source, tackling Mistakes By The Lake is an interesting exercise in NOT reading spoiler-free. Here, Cleveland Hal’s sordid adventures with his boon companions are even more terrifyingly vivid and graphic in parts, just as mundane and low-rent in others. But how to read it if one knows the source? How closely to decode it? I decided not to look in detail for the parallels (I’d have had to go back to the text), but let the plot loop away from the straight line of the play and back again to intersect with it at highly significant points: Falstaff/Fal imitating Hal’s father; Hal/Hal repudiating him with ‘I can – I will’, for instance. What I am of course not able to do is to assess the impact of this narrative on a reader who does not know the source. It could work – Prince Hal’s is a terrific story! For those readers, I hope I have not given too much away.

Mistakes By The Lake is full of action, movement, tension and shocks. It is grim, gross, even gorily gruesome in parts – absolutely not my reading fare of choice normally, but brilliantly realised through all the senses, so that, peeking through my fingers at times, I read on. The characters burst from the page, full of life and each with his or her distinctive personality. The style captures a vibrant articulacy, the sheer creativity of a range of voices and their distinctive argot. The setting, a quarter in steep decline in a city struggling to turn its destiny round, is derelict and should be devoid of hope, but it is not, somehow; it has its own weird beauty, the gamey attraction of ruin porn. Everyone is hustling, hoping, moving on, looking for their chances, legitimate or criminal; everything has a vital spark. The world of the Cleveland stockyards and its denizens is brought to life by Brian Petkash with verve, skill and command of idiom.

photo of Lake Erie in May taken by Bookfox Jackie