I was a teenager in the 80’S. To many of you regardless of gender, this will mean neon legwarmers, roller skating and outlandish make-up. And the best music ever produced. (My teenage son believes that the 80’s were completely wasted on me and sighs loudly at the sight of my record collection. I did not fangirl wisely.)

The 80’s also meant dog eared copies of Virginia Andrews novels, surreptitiously passed between teenage girls in case you were caught with inappropriate reading material. And they were definitely inappropriate. Andrews wrote angsty page turners, perfect for angsty teenage girls like me. Her books were about rich, mean, beautiful weirdos. About incest and rape and murder. Kids were starved and beaten, locked up and lied to, obsessed with sex. REALLY obsessed with sex. They were awesome!

(N.B…I need to pause here and say, not so awesome when you re-read them as an adult. I was almost apoplectic with fury at their portrayal of women. It was quite extraordinary how this had completely gone over my head as a teenager.)

Virginia Andrews died of breast cancer at the age of sixty three having written only eight books. Almost a hundred have her name on the cover though. Andrew Neiderman has written all of the rest. He was handpicked to take over the V.C. Andrews franchise which was absolutely booming at the time of her death. 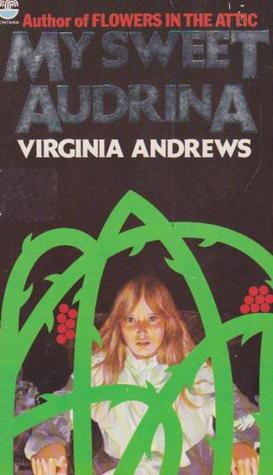 As an avid fan, I saw the change immediately. There were noticeable differences in the novels when they were written by Neiderman. I didn’t know Virginia Andrews had died. This was the 80’s. Google wasn’t invented. If you wanted to know anything you had to look it up in a book…and this turn of events had been kept very quiet. There was no mention in the novels themselves, no clue that they were written by a completely different person. But I knew. And I stopped reading them. Years later when I discovered that V.C. Andrews had died in the mid 80’s I realised why I had so abruptly given up her novels.

I didn’t adore her books only because of the storylines or the characters, because Neiderman had taken over mid-series. He actually completed writing Fallen Hearts, which Virginia Andrews had started. For me this very much proves that the writers voice is a vital part of the process. It’s not just about the characters or the plot or the setting, but for a lusty teenager the flowery, overwritten, uber-passionate style of Virginia Andrews was part of the appeal. And to this day, despite having read some of the eight actual Virginia Andrews novels until they fell apart, I never completed reading the Casteel series. And I never read another V.C. Andrews novel.

While researching this piece I came across some interesting articles that are well worth reading if you want to know the full story. A piece in Buzzfeed last year has a detailed account of exactly what happened after Virginia Andrews died. I found this part very interesting…

It had pretty much worked, though. Additionally, being hazy about how much writing Andrews had left behind — almost none, in truth — had also worked well for several years. But Pocket’s hand was forced when Harper Collins, Andrews’ U.K. publisher, was outbid on Dawn and then made the ghostwriting public in a fit of pique. A 1991 New York Times story quotes the managing director of Harper Collins saying that had he published Dawn, he would have put Neiderman’s name on the cover because “in English law you can’t say a book is written by somebody who didn’t write it.” (If that is the case, every subsequent book has violated that law: To this day, they’re published under the name “Virginia Andrews” by Simon & Schuster’s U.K. division.)

I’m not sure when English law changed to allow books to be written by someone else without their name appearing on the cover, but it’s certainly not the case now. Well, I hope not because there have been some high-profile kerfuffles about this only recently. I delved further and found the article in the New York Times in which Barry Winkleman made that quote which is also very interesting reading about posthumous takeovers of well known author brands.

Certainly, I can appreciate why the desire to continue the Virginia Andrews brand was so strong and I understand why her family, Agent and Publishers were so keen to do it. Andrews died at a point where she was a guaranteed bestseller. It was in the days pre-internet when it was definitely easier to gloss over little things, like the authors death. And for the most part it worked. Her name is still a good seller thirty five years after the release of Flowers in the Attic. For me, it just wasn’t the same.

This entry was posted on January 17, 2015 by Eve Harvey in Entries by Eve, Fiction: 20th Century and tagged andrews, author, death, ghostwritten, virginia.