The Benefits of Merciless Respect 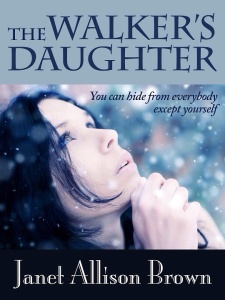 A few years ago, when my husband was travelling and the kids were becoming self-sufficient, I finally finished a novel I was proud of: The Walker’s Daughter, about spirit walking and body-snatching and a rock band and falling in love. Full of hope and optimism, I began the business of finding an agent.

Not far into my search, I came across an agent’s site which offered a beguiling proposition: join our writer’s club, throw your book into the pool, and participate in a mutual crit-fest (aka piranha feeding frenzy). The agent will be watching and, on an ongoing basis, he will fish out the best of you.

In fact, to my knowledge no one was ever fished out of the pool, but it mattered not: the mutual critting and the generous sharing of tips, advice, energy and information were worth their weight in gold. I immediately stopped applying to other agents and began to engage with the online writing community. Slowly, over long late-night sessions, I came to know whose crits I trusted, which writers I admired, where to turn for advice about this or that technique. I became a better writer, made good friends, and quickly realised that that novel I’d been so proud of was nowhere near finished.

In time, a group of us splintered off and set up a new venture—the launch of a website that offered a free daily piece of writing. Writerlot.net was a great place to try out new ideas or run experimental chapters for a new novel. So there we were, a group of friends turning out regular pieces for our website while still scribbling out our novels and planning our assault on mainstream agents and publishers.

I was beginning to feel a bit like … a proper writer.

And then we noticed something. In our day jobs we were, between us, experienced editors, a graphic designer, an artist/illustrator, a former consultant with an international accountancy firm, and a marketing consultant. Do you see where this is going? Yup, so did we. The notion of vanity publishing was evaporating and the nascent self-publishing industry was gaining momentum—and respect—week by week. Instead of going the traditional publishing route, or going it alone as individual self-publishers, why not pool our skills and experience and bring out our books together?

The result, Firedance Books, is the vessel that holds us together, but we’re a cooperative, not a company. Everyone works for free, and all profits go to the author. I’m a professional editor and, initially, it was a leap of faith to work flat out on someone else’s novel instead of working on my own. But everyone gets their turn, and I quickly got as much out of Firedance as I put in—and then some. The mutual trust and generosity was heartwarming: my friends gave me honest crits, spared me the embarrassment of plot holes, and took care of layout and a cover. I offered crits and copy-edits on their books in return. Writing a novel is a long and solitary undertaking; bringing it to market with my friends—well, that was just fun. Hard work, sometimes frustrating, but incredible fun.

From the start, we wanted to publish books that we wanted to read, with no consideration for whether or not they would make money or exploit prevailing trends. And we only wanted to publish our own stories; it was never our intention to become a publishing company. But we wanted the quality of our books to equal anything produced by the mainstream publishing industry and, to that end, we came up with a rigorous editorial and production system.

The sticky subject of quality control was a potential challenge, especially among friends. We got round it by deciding that every book thrown in the ring must, on its own merits, pick up a book manager, editor, cover-artist, and so on from among the Firedance team. Each of us only steps forward to work on projects we believe in. We have a mantra: merciless respect. We’ve got each others’ backs, and if something isn’t ready for the market, it simply stays in beta, where the author goes on working on it, and the rest of us go on feeding in crits.

When The Walker’s Daughter finally saw the light of day in July 2012, I was ecstatic. Two years later, after working with Firedance Books to put out a total of eight novels and three anthologies, I’d learned a whole heap of stuff and was a little less ecstatic about my own early effort. So I withdrew it from sale, trimmed it down, slicked it up, and put it back out on the market with a new cover. Aided and abetted by my friends, of course. It seems to me that this is the beauty of the way things are now: you can literally make things up as you go along.

The sales of Firedance books were steady and respectable until recently, when Patrick LeClerc’s second novel In Every Clime and Place stormed up the Amazon ranking in the US, achieving bestseller status and pulling sales of his first novel up by the bootstraps in its turn. Patrick is delighted, of course, but so are we all. We’ve all invested time in his books, as he has in ours; we all feel like winners.

We’re all, also, free agents. Firedancer Stephen Godden, in his alternative guise as TF Grant, has recently scored an outstanding success with Hollowspace Book 1: Venture, co-written and published with fellow indie and non-Firedancer, Colin Barnes. Firedancer Louise Cole, meanwhile, has secured herself a high-profile mainstream agent. Being a Firedancer isn’t an exclusive relationship. It just means you have more people cheering you on.

I often wonder where I would now be as a writer had I not stumbled into that writer’s playground back in 2010. Would The Walker’s Daughter ever have seen the light of day? There’s no way of knowing for sure but my guess, based on the way the market and the mainstream industry is going, is no. By now I’d have papered my walls with rejection slips, Cora and her band of spirit walkers wouldn’t exist outside of my PC, and I certainly wouldn’t be looking at having a second novel coming out early next year, and a third later in 2015. I never had dreams about achieving fame and fortune through my writing, and I relinquished the idea of writing A Great Novel many years ago. I just want to make up stories, and share those stories with people who want to read them. Now, that’s what I do, and I get to hang out with my friends at the same time.

Which is a pretty fabulous story all on its own.

Janet Allison Brown is the author of The Walker’s Daughter, published by Firedance Books and available at Amazon. For more details about Firedance Books, visit http://www.firedancebooks.com.

3 comments on “The Benefits of Merciless Respect”