Interview with a Bookfox: Foxtrot with Rosy 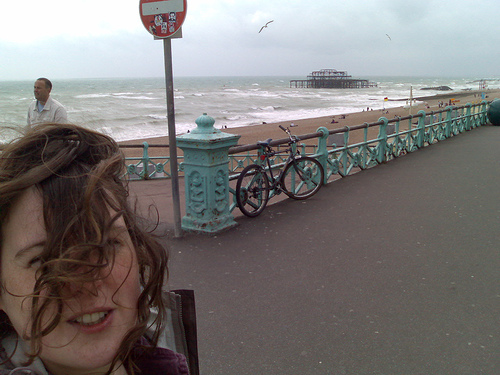 In the latest of our interviews with the foxes themselves, Kirsty and Rosy have a bit of a rambly chat about the loneliness of writing, the profound connection that comes with blogging…and the best way of eating haggis.

Rosy says: I have no idea what to say – do you?

Kirsty says: We could just transcribe this.

Kirsty says: Starting from “so, interview”.

Rosy says: It’s going to be rather avante-garde as the interview loops round on itself again and again..

Rosy says: Shall we start it from here?

Rosy says: Why don’t we start with VL?

Kirsty says: ok, interview mode. So tell me (affecting Sean Connery accent), how did you become a Fox?

Rosy says: Well (affecting Christopher Lambert voice)..umm…Leena asked me really. That was it. Leena obviously being an uber-intelligent cyber-acquaintence of mine from Finland.

Mind you, I wanted to call us the Weazles

Kirsty says: Now I am imagining us sitting in a boat in the middle of a lake having terrible, portentous conversations.

Rosy says: Really? Does one of us shoot ourselves?

Kirsty says: Oh, Lord, I hope not. I don’t even like Sean Connery apart from in Red October, the film that defied logic

Kirsty says: Sho tell me, what ekshactly ish a haggish?

Rosy says: Let’s talk about Highlander – that surely should stop us shooting ourselves. (It’s mushed up sheeps entrails mixed with pepper and put in a bladder.)

Rosy says: Though I don’t think they use a real bladder anymore…

Kirsty says: Well, that is something.

Some Profound Thoughts on Haggis

Rosy says: Don’t slag off haggis. I live with a vegan: very uninspiring from a mealtime point of view.

Kirsty says: Do you eat fake veggie haggis from a tin?

Rosy says: He eats fake veggie haggis in a plastic covering – will that do?

Kirsty says: Well, you can always go to that lovely Polish cafe and get some of those great haggis dumplings.

Rosy says: They have the right idea – take some haggis and eat it on a large sausage. With some sausage on top.

Kirsty says: I’ve been meaning to ask, Rosy, are you a Scot or an, ahem, incomer?

Rosy says: Well. This is an interesting question. I see myself as a Scot because I was born and brought up here. My Dad’s English and my mother is Welsh so I was teased a lot when younger for “being English”. But then in England I have actually encountered a surprising amount of anti-Scottishness. All my loyalties and loves are for Scotland. And I get very cross indeed if anyone says a word against Scotland. But on the other hand I don’t tend to like inwardlookingness either so…Is that a yes?

Kirsty says: Sounds like a big yes to me.

Some Profound Thoughts On Blogging

Rosy says: One of the things I like about Vulpes is that I do spend a lot of time working on solitary projects without much feedback for long periods of time –

Kirsty says:  – but then you get instant publication and instant feedback from VL

Rosy says:  – and Vulpes gives you that sense of instant gratification

Kirsty says: And then you start checking the stats?

Rosy says: It’s an addiction! And then you start hitting refresh. And again and again…And then you see that something you wrote suddenly has 700 hits. And you go wild and feel vindicated: “There are people like me out there in the world,” you think. “I am communicating to the likeminded masses!” And then you realise that the post had something like “mushroom costume” or “Nine-tailed bunnies” in it which has been picked up by some weird search syndicating whattie and no one has the remotest interest in what you were burbling on about to do with Shakespeare on film or whatever it was.

Kirsty says: Or that there’s been a pub quiz and people were frantically googling What Was Trotsky’s Real Name from their iPhones

Rosy says: So it’s all an allusion.

Kirsty says: Or even an illusion.

Rosy says: I think blogging could drive a person crazy if they weren’t suitably restrained by the ankles…

Some Profound Thoughts on Writing…

Rosy says: I think that’s why one writes though. To feel that your view is out there in the world somewhere. I was reading a very funny post by Rosy Thornton the other day about how the writer puts their book out and waits for the voice coming back…

and how it never does. Poor sad author.

Kirsty says: That’s a haunting way of putting it

Rosy says: Well, ulitmately it’s a very control freaky way of having a conversation isn’t it?

Kirsty says: Quite a longwinded conversation too.

Rosy says: Vulpes is a quicker and easier way of getting the same level of frustration I find. Plus it’s a crazy interesting place to hang out.

Kirsty says: More crazy, do you think, or more interesting?

Rosy says: We should mention dogs and geeks as these are major components of my life and anyone interested in WHAT MAKES ROSY TICK must take these two important factors into consideration. (Do you think we’ll get anyone searching for WHAT MAKES ROSY TICK? That might be flattering. Or worrying. Depending on how you looked at it.)

Kirsty says: What kind of geekery does your geek indulge in?

Kirsty says: But you got him dancing, which is a serious accomplishment when it comes to Geeks.

Rosy says: This is true. The salsa classes kinda fell by the wayside when we took on hyperactive pooch.  I think The Geek is secretly quite relieved.  The woman kept yelling “sexy!”  at him, which was a bit offputting too.

Kirsty says: Haha. And you and your Geek now have a dog?

Rosy says: The god is definitely not a geek.

Kirsty says: Wait, you have a god?

Rosy says: The dog. The dog. Argh This is all too much. The dog is NOT a geek. He likes meat and balls and shagging.

Kirsty says: Ahem. The dog or the geek?

Rosy says:  I think I better stop there or I’m going to get into trouble

Rosy Gets to the Point

Rosy says: Should I plug my book now?

Rosy says: We-ell..you might not have realised this yet…because I don’t tend to talk about it very much but…I WROTE A BOOK

Rosy says: Buy it, people! Or, *she adds environmentally-responsibly* borrow it from your local library.

Tell you what. Let’s run a little quiz. First person to answer what the name of my book is in the comments wins my undying love and affection. Tell you what, I’ll give you a clue…

Kirsty says: You heard it folks, get your answers in now!

Rosy says: I was going to offer a signed copy but..you know.

Kirsty says: you ARE a Scot!

[Kirsty distances herself cautiously from this unashamed embracing of stereotype]

Kirsty says: Ok, maybe as a final line you could tell us the blogs you read.

Rosy says: Oh gosh. (Why did I say gosh there? I never say gosh.)

Kirsty says: Are you secretly an Enid Blyton character? Next thing, you will be running around being a vigilante in some small English village

Rosy says: An English-accented self-identifying Scottish person throwing myself (and lashings of custard) over people

Kirsty says: what a disturbing image

Blogs. Umm. I read a lot of the blogs in the Vulpes sidebar on and off. Which is why a lot of them end up there I suppose. I am presently enjoying the new blog Strictly Come Writing.  I always read Emily’s blog, Doing the Compossible and a lot of the other booky ones like Random Jottings and Tales from the Reading Room and The Book Depository. I go through phases. Lizzy Siddall and Booklit I will often look up for particular reviews. And I read Me and my Big Mouth quite regularly and the newspaper blogs. Apart from that, I read friend’s blogs: I am particularly enjoying Caroline Rance’s Writing and All That, at the moment.

8 comments on “Interview with a Bookfox: Foxtrot with Rosy”

This entry was posted on January 31, 2009 by rosyb in Uncategorized.