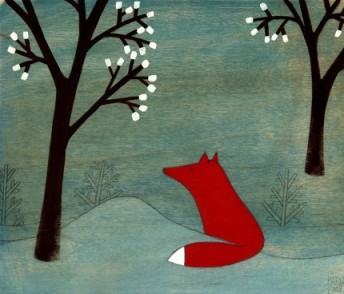 Other than the screen, mouse, can’t take it with you into the bath aspect, there is something different about reading work online. The best e-zines are those that don’t just attempt to mimic the work of their paper-based counterparts. Most encourage commenting and interaction – Mel George of The Pygmy Giant says ‘we’re set up so that readers can comment on each new piece’ and Robert McEvily’s Six Sentences is home to a thriving community of reader-critics.

Some sites – fictions in their own right rather than magazines, showcases or anthologies, take advantage of this tendency to the full to create interactive, collaborative fictions that would not exist were it not for the web.

My favourite of these is Babel Street – ‘an evolving web of stories’ set in a hotel, and created by a group of collaborating writers: Jeff Noon, Alison MacLeod, Susanna Jones and William Shaw. (William also edits Unmadeup– a growing collection of creative non-fiction miniatures). Chris Killen wrote a novel on a blog one chapter a day, and held competitions among his readers to name and write chapters. He handed on the baton to Duncan Cheshire, who continued in a similar vein – and these writers, among others, inspired Sh, an online collaboration between myself and writer Emma J. Lannie – who also writes, performs, edits and publishes with Nathan Good and Richard Birkin as the Derby based literary collective, The Time Travel Opportunists – are you lost yet?

These small, intricately connected and thriving literary communities don’t all exist in the space between computers either. Recently I attended a reading event in Manchester run by writer-bloggers Sally Cook and Chris Killen. The event was arranged and publicised entirely through mediums like blogspot, facebook and myspace. Nothing so unusual in that, but on the night I realised that the readers and the audience were a group of people who had largely if not exclusively, come together through running into and commenting on each others’ work via blogs and the kind of online magazines I’m about to tell you about. ‘No Point In Not Being Friends With Someone If You Want To Be Friends With Them’ is an ongoing, growing event well worth checking out and introduced me in real life to writing that I’d admired online, in particular the work of Socrates Adams-Florou.

Often the web aspect is only one part of what a magazine does. The Time Travel Opportunists publish online and in print, and are launching their third book this month at an event in Derby. And increasingly, online writers – like Steve Finbow, Jo Horsman and Melissa Mann – are now spending time away from their computers making literary videos of themselves performing or discussing their writing, to post on their own blogs or on multi-media lit sites such as Beat the Dust TV.

Online publishing isn’t vanity publishing: while it is true that anyone can write a blog, in the world of multiple commenting, reciprocal linking and forum flame wars, reputation is everything and the best literary e-zines have well defined editorial policy. There are themed sites, like Steven Finbow’s Red Peter and The Titular Journal – both giving a home to eccentric, striking pieces of work that cluster around a given theme. Red Peter specialises in fictions inspired by parts of the body, and The Titular Journal hosts a growing collection of pieces named after popular films, books and television programmes.

When on-line writing is good, it is very good – snappy, daring, new and knowing. I’ve bookmarked Dogmatika, Straight From The Fridge, Dicey Brown, and 3am. I go back to these sites regularly and am rarely disappointed.

But when the writing is bad, it is disposable, badly edited and sloppily written. There’s a lot out there that has more cool-value than content, and far too many blogs that are little more than a string of links for self promotion. When I’m confronted with poor writing online I can’t help wonder if the author would have made more of an effort if she’d needed to print out a few copies and buy stamps, or if the editor(s) would have exercised more discrimination if web-space cost as much as a print-run. Email submission (and rejection) is so quick that a lot of the weaker pieces I’ve read have carelessness stamped all over them and could have done with another three or four drafts before being sent off. The speed of new material becoming available and the vibrant, noisy newness of online writing is a plus point – the impatience that is seems to breed in some writers and editors is a minus.

Luckily, that’s easily fixed by utilising that little red X in the top right hand corner, and it isn’t difficult to find the good stuff: if you’re new to what’s available online, here’s a quick and very biased round up of my favourites:

The Pygmy Giant run by Mel George, who is based in Oxford and specialises in short finished fictions or poetry (the catch phrase is ‘bigger on the inside’) by British writers. Stories to look out for include those by Sian Cummins, and Sara Crowley. I asked Mel to give me a ‘soundbite’ about what she does on her site, and she came back with this: ‘at The Pygmy Giant we believe that small pieces of writing can have hearts as big as three-volume novels. We wanted to help get new short British writing onto the web and we love to have a bit of variety – although we do seem to have specialised in the slightly eccentric.’

From across the water comes Robot Melon, edited by Stephen Daniel Lewis. I’ve had conversations with Stephen and I know he is very careful and thoughtful editorially, and likes all the pieces in his issue to hang together. That isn’t to say that the work is samey, however, or that it only caters to an in-crowd of online friends. Stephen sums up his work by saying, ‘with Robot Melon I try to gather work I like on one site.  The type of work that I love putting together is work that has really great sentences, writing that is doing something interesting with language.’ Robot is also one of the better looking mags – although the care over its production means it is irregularly published. It has introduced me to a number of American writers (Shane Jones in the latest issue) that I might never have come across if my only reading came in the form of print magazines.

Laura Hird part lit magazine, part author website, part review portal this is one of the most comprehensive mags around. Includes a full page with links to established and new lit magazines from here and across the water, lots and lots and lots of reviews (books, film, music) as well as updates from Laura on her own work. The part of the site I constantly go back to is the ‘showcase’ section – updated quarterly (I think) with submissions from world writers, new and established. The quality is very variable, but there is never an issue where I don’t read something I’ve really enjoyed.

Beat the Dust by Melissa Mann. UK based, high quality new writing with the added bonus of mini interviews with featured writers rather than the usual the usual three line bios.  When I asked Melissa to sum up what a reader could expect from her site, she came back to me with this: ‘Beat the Dust and BTD TV, the lit vid channel part of the site, are aimed at readers who like inventive, hard-hitting, intelligent and thought-provoking writing.   As editor, I am continually on the look-out for no-brow, no nonsense poetry, short stories, novel chapter ones, flash fiction and plays, from the underground lit scene… and if the writing breaks a rule in some way, even better.  Readers can expect to see established names such as Tony O’Neill, Dan Fante and Mark SaFranko showcasing their latest work on the site, alongside new writers just breaking onto the scene.’

Pulp is the only online mag that I know of or read regularly that pays its contributors – perhaps as a consequence the site is more likely to feature established writers (Ali Smith, Laura Hird, Clare Morrall previously, and in the latest issue Bernadine Evaristo) in its story and interview section than unknowns, although there are plenty of new writers featured in new issues and in the archives. Pulp is where I first read the work of Drew Gummerson, who is featured in the current special issue as one of three Pulp authors who have since gone on to publish novels. The site also has a section for events, but these are heavily biased towards London. The quality of this is very high generally.

To keep up with all this, I’d recommend subscribing to new posts or issues via email or a dedicated feed reader. The vast majority of these sites and others like them make this very easy, so there’s never a reason for you to miss the latest issue. No more going to shops in the rain to search out a magazine that they may or may not have in stock… happy clicking.

14 comments on “The Online Lit Scene”

This entry was posted on September 18, 2008 by Jenn in Entries by Jenn.