I’ve ordered my flak jacket, and braced myself for trouble. My second novel, A Secret Alchemy, will be published on 13th November. It’s bad enough that I’ve had the cheek to take real people from the past and put them in my novel, but I’ve chosen the enemies of the king who to this day has more passionate supporters and opponents than any other: Richard III. I’ve entered a battleground. 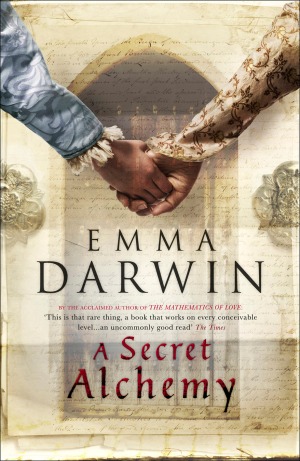 It all started in the Young Vic Theatre, where all three parts of Shakespeare’s Henry VI were being played out in front of me. Here was a tall, beautiful widow, a commoner with two sons, who became England’s first English-born queen, and the mother of the Princes in the Tower. In an age where political power was rooted in family allegiance, in sons and land and sex and death, such a woman was both powerful and impotent. Who was she, what did she feel, why did she act as she did, in ways that to this day we find hard to understand? All I knew was that everything we know about her was recorded by her enemies, and that as a teenager I’d loved Josephine Tey’s detective novel, The Daughter of Time, which leads the reader so cleverly into detecting Richard’s innocence.

The thing about fiction is that is starts from the facts of real life, but then it goes somewhere else. Reading a novel, what we want is for the ‘untrue’ to seem true. Even as we know that Emma Bovary or Mole never existed, we laugh, we cry, we try to understand them by the same mental circuits as if they once did exist: the same circuits by which we try to understand life. Indeed, by the power of print, they can be alive to us for ever, as the real equivalents can’t. And, for the writer, the ‘somewhere else’ is the more important, more exciting part of the process: the place where the real writing happens. The facts are like doing the supermarket shop: purely necessary. The cooking – the fun, the creativity – only starts when you get back to the kitchen.

But it seems different when you want to use real historical characters in a novel, and not just in walk-on parts, but as your protagonists. It’s presumptuous, somehow, while for anyone with a drop of academic blood in their veins presenting fiction as fact is the great scholarly crime. Everything I read told how pushy, arriviste, and grabby Elizabeth and her family were, but when you actually looked at the facts (often told in the same book), it’s not possible to support that argument. When I respectfully refused to stray from the scanty record, the result was deeply boring. And yet how dare I invent a scene which might not have happened? How dare I assume what they might have loved – hated – thought – felt, perhaps in opposition to the historians? How could I honestly take them somewhere else?

So I tried writing Elizabeth Woodville through the eyes of a fictional maid. Still it didn’t work, not least because, as a woman, Elizabeth wasn’t present at so many of the great events. And, too late to give him the part in the book which I longed to, I fell in love with Elizabeth’s brother, Anthony Woodville, a man described as ‘an Elizabethan courtier a hundred years before his time’. I put that novel aside, and wrote what became The Mathematics of Love.

I got a lot further once I’d decided to write in their own voices: Elizabeth is practical, a realist in an age when realism meant you might survive, a mother when children were purely political capital; Anthony is more contemplative, visionary, a pilgrim when pilgrimage meant killing Moors in Portugal, a surrogate father who failed to save his surrogate son. But still I couldn’t see how to free myself from the historical record: my two characters could speak, but how could I make them fight and hate and make love?

One way of dealing with a problem in your writing which refuses to be beaten is to join it in. Could I join in my own excitement, my own qualms, about writing the emotional truth in historical facts into this novel? I’ve always been fascinated by the family business as an entity: what novelist could resist the extra tension and importance of relationships when economic as well as emotional survival is at stake? I’m also fascinated by storytelling as a process, and by the way the great stories – King Arthur, Jason and the Argonauts – still underpin our habits of thought. Then I realised that in the era of personal monarchy, ruling the country is a family business. What if someone, now, who understands all too well how secret love and rivalry can wreck a family, began to explore the story of Elizabeth and Anthony? Anthony was Caxton’s first patron: what if this person, Una Pryor, was a bibliographer – that dryest of all historianly trades – from a family of fine printers? She’s studying the Woodville’s books as the key to their lives, but it’s not enough, she thinks:

For Shakespeare the War of the Cousins was a not-so-distant past that he was refashioning; old men could tell the tales, as Grandpapa told us of his father’s Crimea… How can I bring them alive?… How can I make Elizabeth and Anthony breathe? Did the stubble scratch her ankles after the Grafton harvest? How did he live through the months as a prisoner-of-war in Calais?

Slowly, by finally bringing her own past to light, Una realises how she can bring them to life. How I brought them all alive is how I wrote the novel. And if some readers are outraged by the ‘somewhere else’ that A Secret Alchemy reaches, then I take that (defiantly, if necessary) as a compliment. Because it means that in reading they couldn’t help but follow me, that my storytelling convinces, is believable: that my fiction, my ‘somewhere else’, is more true, in its own way, than mere fact. I hope it is, anyway.