In recent years there has been much disquiet in literary circles over the increasing popularity of celebrity autobiographies. Or, more to the point, over the amount of money publishing houses are prepared to pay their ‘authors’ – I use that word loosely – and the question of whether they are lowering reading standards. So is this concern justified?

I have always been a lover of such books, from back in the days when there was a clear difference between the meaning of autobiography and biography and when ‘ghostwriter’ was a term better accredited to a fantasy writer. I’d spend many hours devouring the life stories of Marilyn Monroe, of the Kennedy family, having grown up with a father who read no fiction, whose shelves bulged with story after story of politicians, journalists and sportsmen. There was no need for the word ‘celebrity’ on these books’ spines, it was a given that their subjects had true star quality, were true achievers in a particular field.

The rise of the C-lister, and Jordan

So what has changed, why is this genre now dominated by the life histories of C-list celebrities on the cusp of their life instead of at the end of it, famous only for their fifteen minutes of fame? Undoubtedly, the rise of reality television and the realisation of Andy Warhol’s prophecy has played a major part. I recall one of the first such programmes back in 1980, the The Big Time, in which Esther Rantzen plucked the soon-to-be popstar, Sheena Easten, from obscurity. Little did anyone realize that, over time, a plethora of such programmes would follow and promote a culture where less talented people than that Scottish gal would become famous – or should that read infamous – for simply being on the telly or in the papers. Writing in Prospect Magazine, in 2007, Trevor Dolby, who at the time was head of non-fiction at Orion, recalled the industry’s amazement at the success of Jordan’s 2004 book Being Jordan which was passed over by countless publishers. When a deal was eventually done, it went on to sell over one million copies. 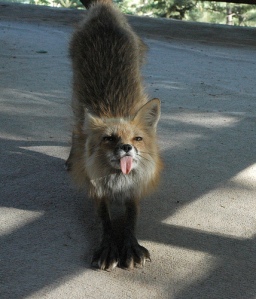 In 1998 Eugene Pack wrote a live show called Celebrity Autobiography: In Their Own Words which is currently a success on Broadway. He was inspired by the staggering honesty of famous people when it came to revealing their private lives – and let’s face it, we all enjoy a secret pleasure in discovering some tasty titbit about a neighbour, a friend, let alone someone in the public eye. My mind regularly boggled whilst reading Sharon Osbourne’s Extreme and her tales of posting human excrement to her enemies. The difference nowadays is that such juicy revelations are the main selling point of these books, instead of being a titillating but small accompaniment to a more awe-inspiring story. Take Sian Lloyd’s recent book, A funny kind of love, inspired solely by her failed relationship with the MP Lembit Opik.

“Autobiographies by those who don’t write for those who don’t read’” said Ben Macintyre in the Times in 2006. The ultimate coffee table book to lay next to the latest copy of your Hello! Magazine? Well, yes, it’s a shame. Wouldn’t it be lovely if we all read something with more gravitas? But we live in isolated times, children move away from their families to find work, people spend more time at home on their computer than gossiping over the garden fence or down at the working men’s club. We know more about Jordan, aka Katie Price, than Mrs Smith at number fourteen and, like it or not, this fulfils a need – culturally and psychologically gossiping has always been significant to us as individuals and as a society. It creates a sense of belonging, which is possibly missing from our alienated communities. Jade Goody’s drug-ridden childhood home, John Prescott’s bulimia, Robbie’s alchoholism… Despite a degree of schadenfreude, I suspect these stories are read with sympathy and touch on problems many of us can relate to. And if that makes us feel that maybe our own life isn’t so bad, that can only be a good thing. What’s more, these books encourage people to read who only buy books from supermarkets and would otherwise stick to magazines. As for the rest of us, they have simply diversified the market. And if you look hard enough, some autobiographies are indeed penned by the celebrity such as Jane Fonda’s My Life So Far, which is deliciously well-written. One should also praise the quality prose of some ghostwriters.

Fear not, though, if you believe such books should be tossed onto the nearest barbeque this summer. There is a feeling in the industry that these glossy tales from the world of celebrity may be going out of fashion. Not only are the enormous advances a risk for publishers, this genre is not one which brings in revenue from abroad. Coupled with this, viewing figures for reality shows are waning which might suggest the British Public is tiring of ‘Instant Celebrity’. With the recent failure of autobiographies by Leslie Ash, Kelly Brook, Gail Porter and Chantelle Houghten – which only sold 5000 copies – and scribes with talent more widely recognized talent such as Gary Barlow, Peter Kay and Dame Helen Mirren – publishers may become less prepared to shower C-listers with their money. The market is now saturated with gossip magazines, revealing every detail of these stars’ private lives already. Maybe they and their low price are ultimately satisfying the public’s need for gossip and tales of notoriety.

Samantha Tonge is an exciting new writer of contemporary women’s fiction. She’s currently dipping her toe into the business of finding a literary agent for her third novel.

Thanks to the illustrator Marcelo Vaz for this wonderful picture of a fox telling tall tales. His website is at portfoliodovaz.blogspot.com.

Thanks also to Rob Lee of Flickr for the Fox Tongue photo. Now that’s a fox who knows how to show off.